The Status and Barriers of Enterprise Blockchain Adoption 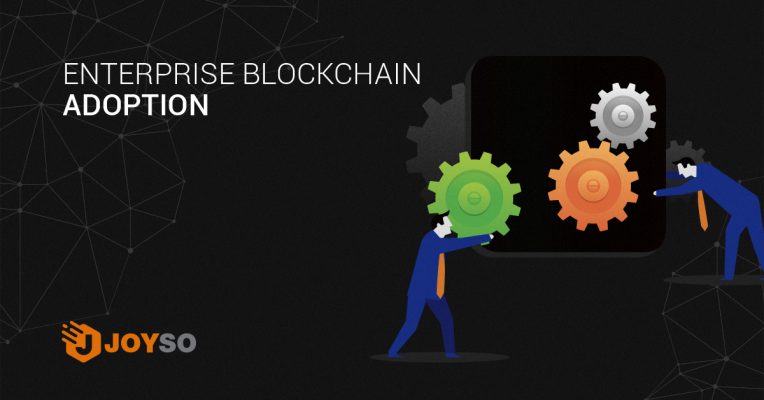 Given the bleak crypto market outlook, many people are concerned about whether enterprise blockchain adoption is something that will progress onwards or a waste of effort and time. I reckon, the answer is definitely progressing! In the recent conference, 2019 Blockchain Industry Technology Summit in January 2019, we found that several enterprises are developing projects utilizing blockchain technology. For instance, NTT Data is developing a trade platform using blockchain to streamline the process and reduce the cost of international trade; where as the automobile industry is trying to utilize blockchain in their supply chain processes and driver’s identity management.

Generally, enterprises are more prepared to deploy developed technology in the early stages of their exploration in terms of resource and capability. For blockchain, financial services have become the pioneer of adoption due to its compatibility with the technology. The President of the Australian Digital Commerce Association (ADCA), Ronald M. Tucker, mentioned in the summit that Australian Securities Exchange supposedly would replace its current Clearing and Settlement system with blockchain-driven platform in March, 2020, accelerating the process of Settlement to T+0. (Now is T+2, meaning Settlement completes 2 days after trading) Meanwhile, ADCA is aggressively discussing with securities exchanges in other countries about adopting this system.

Excluding financial services, most industries are still exploring how to adopt blockchain and trying to figure out the most suitable use cases. Some companies have made progress, the products are prototypes pending for further refinement. According to a report from HFS Research, ten years after the birth of Bitcoin, only 30-40% of 200 blockchain engages with service providers are at strategic advisory stage which are still exploring use cases, 50-60% are developing product prototype and at Proof of Concept (PoC) stage while 5-10% are actually in parallel or shadow production environments.

While adopting blockchain technology, enterprises inevitably encounter problems due to the technology’s immaturity and challenges in the practical aspects of applying new technology. Below, we list some commonly faced barriers where enterprises have to weather to succeed.

The decentralized nature of blockchain is likely to create barriers for enterprise offering services to customers. Before promoting their products, the enterprise has to lead their customers who are used to centralized services to begin having their own digital wallet or identity, and educating them on how to keep their private keys safe. All these user education could make it knotty for enterprise to popularize their products, even causing customers to give up having control over their own digital assets and turning to embrace centralized services again.

Enterprise adopts blockchain technology in two ways – building a brand new blockchain-driven system to replace the current one, or integrating the technology with the legacy system. The former demands efforts. For example, system immigration would cost lots of time, human resources, and capital. Especially for larger companies, they have to overcome several challenges during the practice of the migration. Whereas latter requires lesser efforts, but could come across compatibility problems between different systems.

IBM’s blockchain project, Food Trust, chooses to retain its original ERP system, then shares data with different participants in the distributed ledger through applying API and GS1 data sharing standards. This successful integration with blockchain achieves data transparency in food supply chain and clarifies accountability, accomplishing something that was not feasible before.

Lack of skills and talents

In order to adopt blockchain, enterprise has to be equipped with relevant skills and talents. However, most people are unfamiliar with the technology since it has not gained much recognition until recent years. Gartner conducted a poll in 2018, interviewing 293 CIOs from different industries. 23% of the interviewees stated that among all technologies, blockchain was the one demanding most skills to adopt. And 18% of the interviewees commented that blockchain-relevant talents were the hardest to find. Also, according to the research from Deloitte & Touche, 28% of the research’s interviewees reckoned that the lack of in-house skills and understanding of blockchain was one of the challenges to adopt blockchain.

Besides these three challenges mentioned above, enterprises faces other issues like regulatory environment and Return of Investment. Though majorities believe in the prospect of blockchain, enterprise adoption still has to resolve many difficulties in terms of technology integration and use-cases exploration. Hence, we anticipate a larger scale of enterprise blockchain adoption taking flight in the near future.

Thank you for referral!

We will be in touch with you soon.

Will is responsible for the technical development of JOYSO decentralized exchange platform. Before Joyso, he was the key contributor to Gcoin, an first Taiwan approved enterprise-level distributed blockchain infrastructure and had collaborated in creating decentralised applications for LogoVote, ticket contract for an Ethereum conference, Dodoker charity crowdfunding platform and Muzeum’s blockchain-based creative industry protocols. He is also the joint operating officer for the Ethereum Taipei Meetup community, lectured several Smart Contract course and an advisor to several Blockchain projects. Will graduate with a Masters of Computer Science from the National Taiwan University.

He had over 10 years of experience as a Technical Manager at the Industrial Technology Research Institute (ITRI) of Taiwan where he managed a diverse range of digital and big data projects that includes Blockchain technology in the public sector. He was also the Technical Architecture contributor of the Dodoker project, blockchain-based crowdfunding platform, and the principal organizer of the Taiwan Blockchain Summits in 2016 and 2017. Taka graduated with a Bachelor and Master of Sciences in Mechanical Engineering from National Taiwan University.

Tom is responsible for the overall management of Joyso, the world’s first Hybrid-Decentralized Exchange after 5 years of experience in the Blockchain industry. His deep commitment to improve the Blockchain industry had him supervised the development of the world’s first 28nm Bitcoin mining chip and brought to market the 40nm Litecoin mining chip. Tom also contributes himself to the Blockchain community as a Blockchain advisor to ITRI, one of the world’s leading technology research and development institution and is the administrator of Bitcoin Chinese Community and Taipei Ethereum Meetup. Tom holds a Master Degree in Electrical and Electronics Engineering from National Tsin Hua University in Taiwan.

We thank you for subscribing to us, you will be receiving information of ongoing developments of JOYSO.
You can unsubscribe the service at anytime following the unsubscribe button from the newsletter.